Advancements to Quantum Mk II Marching Instruments ensure elevated comfort and playability for the individual musician while the innovative Quantum Mk II designs and features propel your ensemble to the next level of performance. 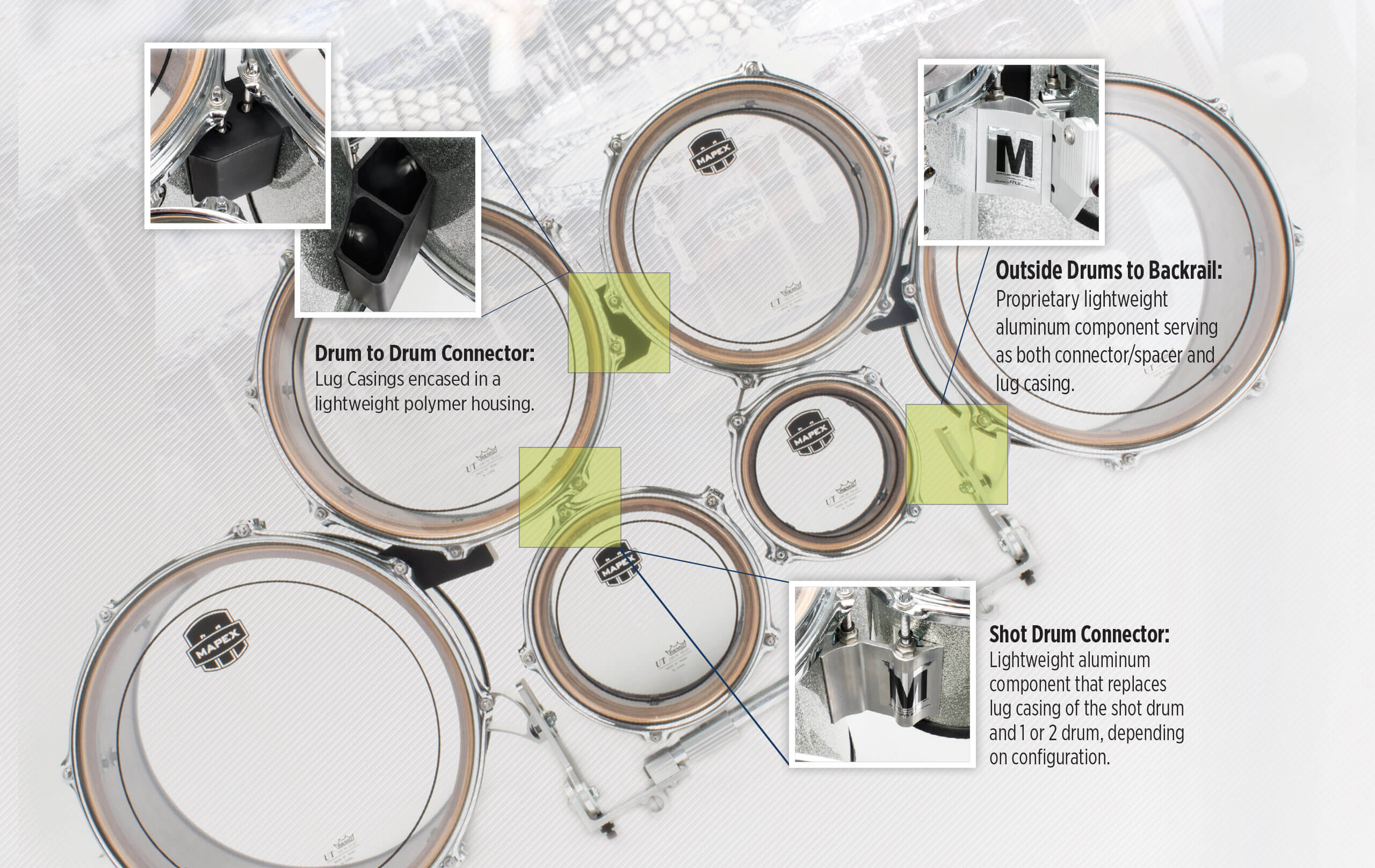 The new Quantum Mk II Marching Brass instruments have evolved with the marching arts activity by addressing sound, intonation, response, weight, balance, and playability. Developed with the ensemble in mind, the Quantum Mk II brings the sound of the art form into a new era that boasts present and balanced overtones throughout the ensemble.

Sound – Designed with the ensemble in mind, each instrument produces a characteristic sound that features balanced overtones with enhanced projection. The sound of the ensemble has a solid core and projects to the press box!

Intonation – All tuning slide lengths are designed to enable the instruments to play with the most accurate intonation. Tuning mechanisms throughout the line make tuning individual notes quick and easy.

Weight – All of the new Quantum Mk II Marching instruments are lighter, most notably the JTU1101M marching tuba is 5 lbs lighter than its predecessor!

Balance – Lighter and uniform describes the new bell design that helps make the instruments feel comfortable and easy to hold due to the well-balanced design.

Playability – Baritone boasts interchangeable mouthpiece receivers allowing the standard small shank receiver to be substituted with the included large shank receiver, giving players even more flexibility. The Euphonium features a first valve thumb trigger allowing for easy intonation changes as well as a balanced design to aid in long practices and performances. The Mellophone features a squared-off main tuning slide to assist with slotting and to help obtain the perfect pitch. Along with the standard Mellophone mouthpiece, the Quantum Mk II Marching Mellophone includes a hybrid mouthpiece with a Mellophone shank and a French horn cup. The Tuba includes a smooth, easy to operate trigger mechanism and a long and short tuning slide for aiding in intonation no matter what climate you are in. The enhanced shoulder balancing system and line of sight through the left side of the instrument make the Quantum Mk II even more functional during performances.

Get the most up-to-date information for the new Quantum Mk II product line. From marching bass drums, tenors, and snare drums to marching brass instruments and field percussion, you will be the first to know what’s available and where you can get it.

We use cookies on our website to give you the most relevant experience by remembering your preferences and repeat visits. By clicking “Accept”, you consent to the use of ALL the cookies.
In case of sale of your personal information, you may opt out by using the link Do not sell my personal information.
Cookie settingsACCEPT
Privacy & Cookies Policy

This website uses cookies to improve your experience while you navigate through the website. Out of these cookies, the cookies that are categorized as necessary are stored on your browser as they are essential for the working of basic functionalities of the website. We also use third-party cookies that help us analyze and understand how you use this website. These cookies will be stored in your browser only with your consent. You also have the option to opt-out of these cookies. But opting out of some of these cookies may have an effect on your browsing experience.
Necessary Always Enabled
Necessary cookies are absolutely essential for the website to function properly. This category only includes cookies that ensures basic functionalities and security features of the website. These cookies do not store any personal information.
Analytics
The Google Analytics cookies used on this site store cookie information anonymously and assign a randomly generated number to identify unique visitors. For additional information regarding Google Cookies, please see the links below.
Advertising
These cookies are used to personalize the advertisements that are shown to you so that they are meaningful to you. These cookies also help keep track of the efficiency of these ad campaigns. In the US, the Network Advertising Initiative offers a means to opt out of a number of advertising cookies. Please visit http://www.networkadvertising.org/choices/ to learn more.
Save & Accept